Reports in Spain suggest United have made their move for De Jong, and Barcelona may already be willing to accept. 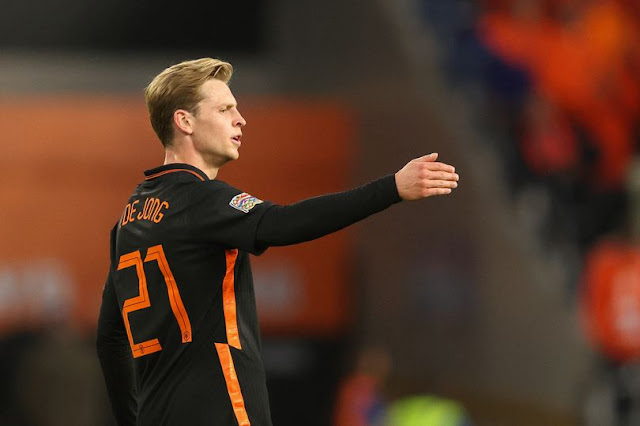 Reports in Spain are suggesting Barcelona are considering accepting an offer from Manchester United for Frenkie de Jong.
United are interested in the midfielder, with new manager Erik ten Hag identifying him as an ideal target. The pair worked together during their time at Ajax, with De Jong enjoying his breakthrough under Ten Hag.
As reported by the Manchester Evening News last month, United have been weighing up making a move for the Netherlands international. According to some outlets though, they have already made an offer, and Barcelona could be ready to accept.
Marca report that an offer worth £60m plus £20m in add-ons has been tabled by United. They add that Barcelona consider the offer as “too important not to accept” as they look to raise funds for the summer.
The Catalan giants still find themselves in a precarious financial situation, and will likely have to offload players in order for them to make new additions. De Jong has insisted he doesn’t want to leave the Nou Camp, but the decision may be taken out of his hands.
Elsewhere, reports have suggested Donny van de Beek has offered himself to Roma, despite seemingly having a route back into United’s side. The midfielder is set to return to Old Trafford this summer following his loan spell at Everton last season.
Next Post Previous Post
No Comment
Add Comment
comment url